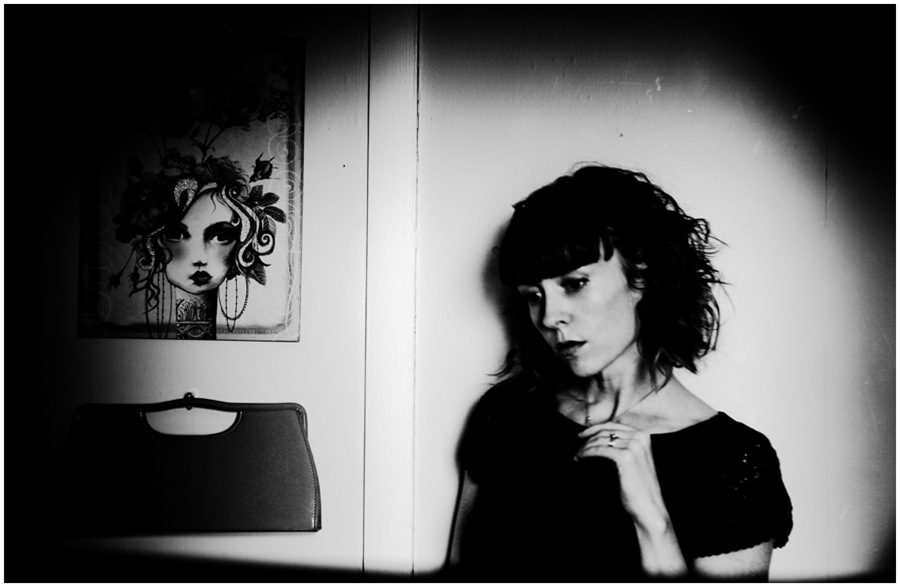 She can quote “Dune,” “Twin Peaks,” “Star Wars,” “Harvey” & “Buffalo ’66” word for word. Whether or not that is a good thing or a creepy thing is undecided. She has a borderline unhealthy obsession with ghosts, shoes, zombies, the deep south, history, bones, crystals, England and glitter, though not necessarily in that order.

A tattooed, redheaded driver of a Mini Cooper named Alice Tinker, her sunglasses are absurdly large and her windows are rolled down as she sings at the top of her lungs. Her dreams are hyper-vivid and she will tell you about them in great detail whether you care to hear them or not. She would also like it noted that her full life story reads like a Lifetime Movie of The Week, the screenplay for which she has been contemplating for quite some time. 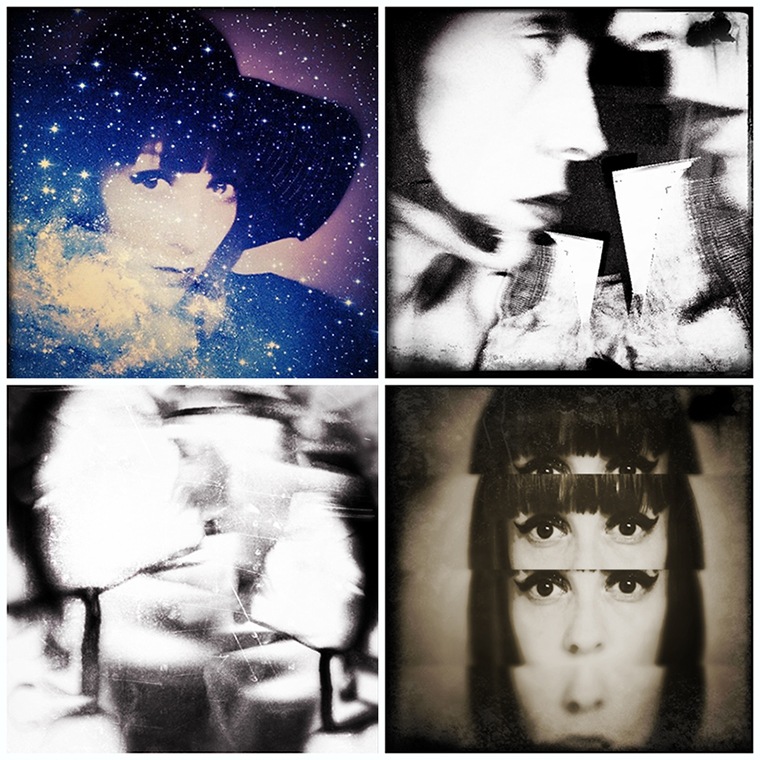 A nomad and gypsy at heart, Alli has been known to run away with the circus at a moment’s notice and has done so on no less than two occasions. She is a hopeless romantic (don’t let her boots and tattoos fool you) and is never one to pass up a once in a lifetime opportunity. She loves traveling with all her heart and considers Chalford, England, St. Francisville, Louisiana, Natchez, Mississippi and Savannah, Georgia all to be her true homes as they each hold a piece of her soul, which she surrenders more of with each subsequent visit.

She has lived in Houston, Philadelphia, Austin (just to name a few) and a 1989 Ford Econoline 150 Custom Van named Chani which she traveled the country in working at Renaissance Fairs (yes she was a Rennie) and which she shared with her massive and freakishly hairy 120 pound dog, Lakota Parangaricutirimicuaro Woods. Yes, that was the dog’s full name…it’s a long story that started on a stormy night on a front porch in Austin.

While she loves the convenience and culture of living in the big city she has chosen a quieter life in the country. She now lives nestled between the beautiful and wild Ouachita and Ozark mountains where, every winter, she scans the barren tree on the mountainsides in the hopes of catching a glimpse of Bigfoot (yes there is a Bigfoot population throughout the area that extends into Northeastern Texas…now you know). She also keeps an eye on the pristine skies for UFOs. So far the score is UFOs, 3 – Bigfoot, 0.

Regardless of where she’s geographically located you can find her love emanating throughout this universe as well as all parallel and imaginary ones…’cause it’s all about the love, baby.

If you are interested in Alli’s official bio, you’re in luck. It’s right here: 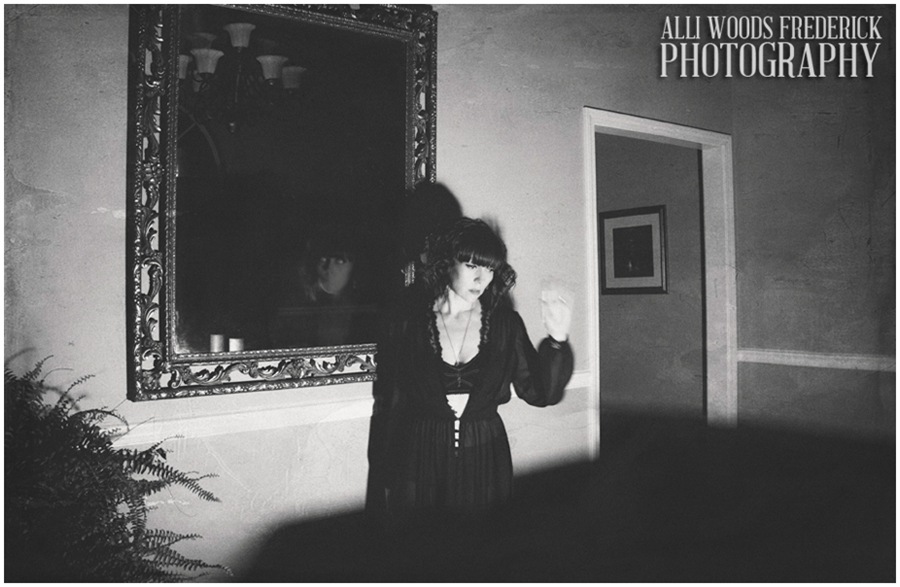 ALLI WOODS FREDERICK is an award winning fine art photographer and writer. She studied photography at University of Texas, Austin, and began pursuing her art and writing in 2004 while running her own massage therapy and reiki practice. She launched Alli Woods Frederick Photography and Kisses & Chaos in 2010 and quickly made the decision to dedicate herself to both ventures full-time in 2011 after saying goodbye to her brief but painful foray into the corporate world (two years at a desk was long enough).

Her photography has been featured in Artful Blogging’s Summer 2014 issue, Somerset Digital Studio Spring 2015, F-Stop Magazine (#35 and #43), Words Dance Issue 13, as well as multiple issues of All Things Girl, where she subsequently served as Art Editor from 2010 through November, 2013. 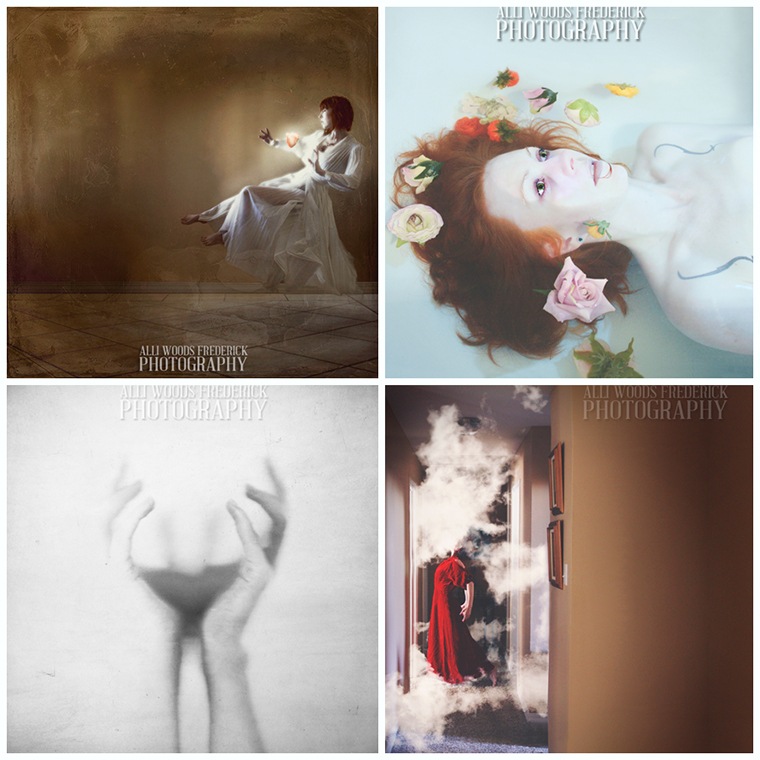 Her past group exhibits include Photon Extraordinary (2011) at Portland, Oregon’s Springbox Gallery, Annual Photography Exhibit (2009) at RAM in Fort Smith, Arkansas and Blue (2016) at G25N.

Her solo exhibitions include “.transmutations.” (June 2014) and “.(re)percussions.” (November 2015) at the acclaimed Fayetteville Underground, where she is currently a resident artist and serves as one of the curators.

Her fine art (as well as wedding and portrait) photography can be viewed and purchased online at Alli Woods Frederick Photography. She is also available for commissions, collaborations, portraits, weddings and one of a kind fine art portraiture for those who want to become their own work of art.

The forgotten ghosts that wander decaying halls of long abandoned buildings; melancholic music that rises, swells and sweeps us away in its undertow; phantoms of loves lost that painfully linger in our hearts…everyone and everything carries darkness within, and hidden within that mysterious darkness lies beauty, love, honesty & grace. These are the tales I tell, drawn from the depths of my heart; from histories that teeter on the verge of oblivion; from my daydreams and my nightmares.

I often utilize self-portraiture to explore emotions and experiences in surreal, abstract or magical ways. Fragments of our shared past are archived; motes of moments that, without preservation, would fade without notice into the thin wisps of dust and fog from which fragile, half-remembered dreams are born. This is sometimes achieved through the juxtaposition of contradictory and contrasting elements but, more commonly, through the use of muted tones, texture, and the interplay of light and shadow.

Though I begin with a clear vision of the final image, intuition and impulse are given free reign, allowing the visual refinement of the story while maintaining the original intent of the piece. Through the combination of these elements and themes worlds are birthed where darkness reveals our shared experiences; common threads weave us together, uniting us unexpectedly through the beauty, love, honesty and grace that exists in our shared pain and pasts. In that moment we bring light to darkness, beauty to suffering and understanding to us all.