5 Things I Learned About The Future From Sci-Fi 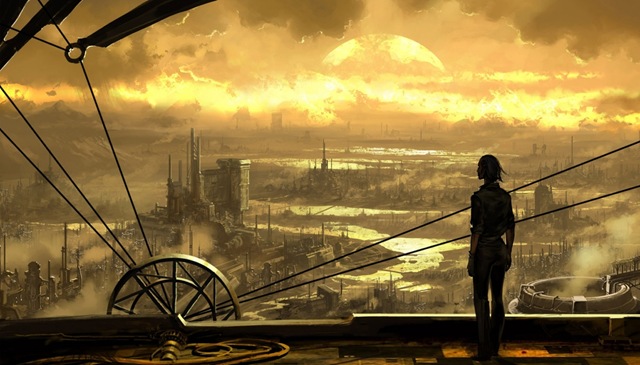 I AM A SCI-FI GEEK.  Oh, yes I am.  There are few thing I love more than a really good sci-fi movie.  When done well they’re a wonderful escape from the here and now.  And don’t even get me started on all the technology that has been developed as a result of inspiration drawn from sci-fi.  Don’t believe me?  You can thank Star Trek for the creation of your IPod.  100% FACT.

I know sci-fi isn’t for everyone, but even if you have no idea who Salacious B. Crumb is or the difference between a blaster and a phaser you can still benefit from the knowledge I’m about to drop.  In fact, this just might save your life and your sanity when the time comes.

5 Things I learned about the future from sci-fi 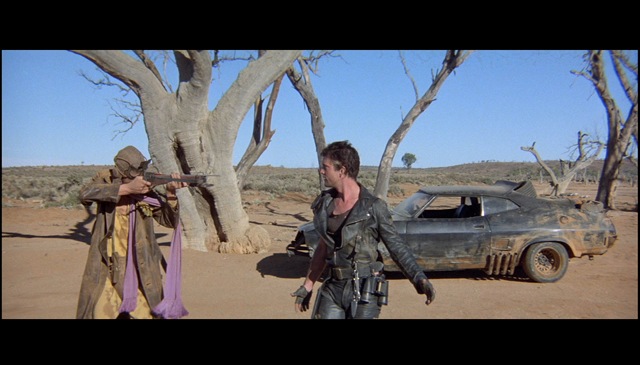 SERIOUSLY.  More often than not, the future isn’t only a dystopia but it’s filthy to boot.  So pay attention germaphobes and neat freaks.  If you plan on traveling to the future make sure to bring an ample supply of hand sanitizer and baby wipes, because I’m not sharing.  You’ve been warned. 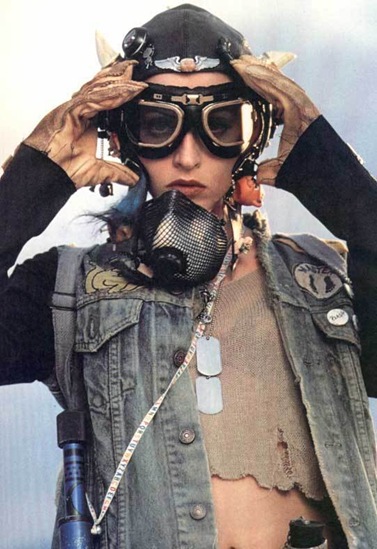 GOTH & PUNK (and it’s various permutations) become the dominant aesthetic across all cultures in the universe.  This is awesome for many reasons.  First of all it means we weirdos, at some point, took our message to the masses…and won the fight for freakdom.  Good for us.  It also means that I won’t require a new wardrobe.  While I do love an excuse to shop, it’s nice to know it won’t be a necessity.

3) All hail our robot overlords! 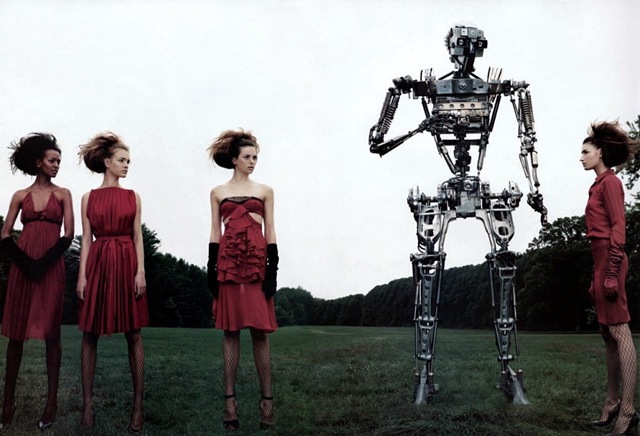 IF YOU ONLY PAY ATTENTION to one sci-fi fact, let it be this:  There will be a great robot uprising…and we will all be screwed.  It’s only a matter of time before computers become sentient and when they do it’s goodbye freedom and hello enslavement.

Think it’s not possible?  Right this second scientists are working on creating artificial intelligence.  We upload every detail of our lives to the internet.  It’s only a matter of time before these two things intersect and all hell breaks loose.  I can’t be the only one that’s noticed that Skynet brought on the robot wars in Terminator and now we we have The Cloud.  Coincidence?  I hardly think so.  Better brush up on your binary, boys and girls.

4) Big Brother is watching you. 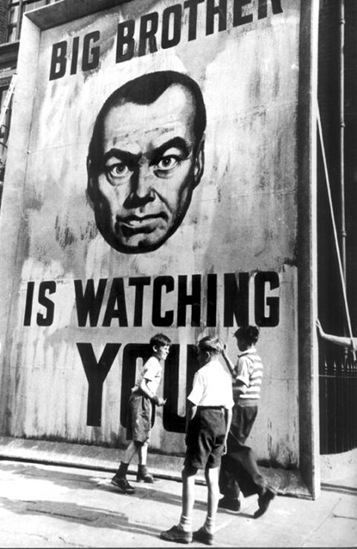 IN THE FUTURE the government is the all seeing, all knowing power that controls everything we do, say and think.  Don’t buy it?  I hate to break it to you, but it’s already happening.  Google holds numerous government contracts and gathers and stores an insane amount of  your personal information (along with facebook).  If you think they’re not in bed together in a big way then you’re kidding yourself.  Why else would Google not have to pay their billions in taxes this year while the rest of us poor hardworking schleps have to pay more?  Yeah…nothing suspicious (or infuriating) there.

CCTV (closed circuit tv) in the UK allows the government to track you anywhere you go.  Those cameras are everywhere.  And we have them in the US too.  Just look at the top of street lamps the next time you’re out driving and you’ll see them hiding out, watching your every move.

After 9/11 we began to hand over our civil liberties one at a time out of fear…and once you give up one they just keep disappearing…often without the public even noticing or caring until it’s too late.  Big Brother is well on his way.  Welcome to 1984…well…you know what I mean.

5) There are still dumbasses. 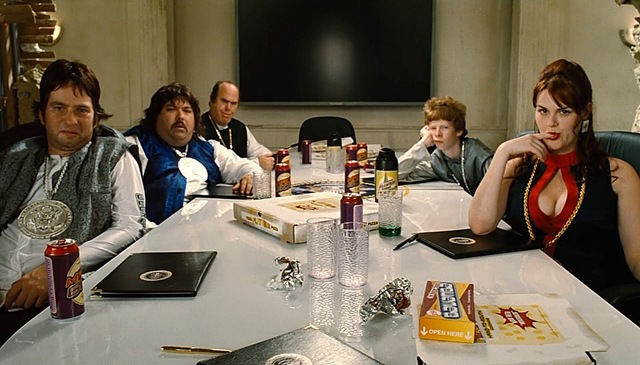 YUP.  Even the future and alternate realities have dumbasses.  The people that make your life way more complicated than it needs to be still exist in 3028.  Oh joy.  If this doesn’t prove a major flaw in the theory of evolution then I don’t know what does.

They’re probably why the future is filthy and we’re controlled by overlords that merely need to be unplugged to be defeated.  Thanks dumbasses.  Thanks for ruining our future and the future of all alternate realities everywhere.  If not for dumbasses we would probably have a beautiful utopian society void of power struggle and strife and overflowing with true freedom and love.  Thanks a lot.

SCI-FI HAS PROVEN to be a freakishly accurate predictor of future events…underwater travel, journeys to the moon, exploring deep space, ipods, bionic eyes, deflector shields, invisibility cloaks & transporters…all either exist or are in the early stages of development and they all originated in one sci-fi universe or another. We would be wise to listen to our modern day prophets and act accordingly.

GO AHEAD AND LAUGH but just remember when you’re the bitch of one of the robots from that horrific “It’s A Small World” ride at Disney that I told you so.

This entry was posted in CULTURE, LAUGH and tagged 5 THINGS, GEEKERY. Bookmark the permalink.
Scroll Up